What Is a Moonphase Watch? Have you ever thought about getting a moonphase watch? Maybe you’ve seen one and wondered how they work. Maybe the concept is entirely new to you. Whichever the case, moonphase watches are amazing things that deserve a closer look.

Long before humans had watches, they looked to the moon to gauge time. Along with the sun, the movement of celestial bodies was the only constant in an ever-changing experience on Earth. The lunar cycle of (just about) 29.5 days a month was one of the few things they could rely on and that cycle gave us the monthly calendar we still use today. Sure, the rising and setting of the sun was an accurate way to count days, but only the moon could predict the passing of months, telling ancient people the comings and goings of seasons. In a world where harvests were (and in some cases still are) matters of life and death, tracking the moon was serious business.

The ancient Greeks had a knack for inventions to say the least. More than a century ago archeologists uncovered a device salvaged from a ship that sank off the coast of the Greek island of Antikythera over two thousand years ago. It was an unusual find, a mechanism with about 25 gears in a layout that somewhat resembles the configuration of a modern clock. It was indeed the world’s first computer! This machine, dubbed the Antikythera Mechanism, predicted the movement of the moon, sun, and planets, as well as did basic calculations. 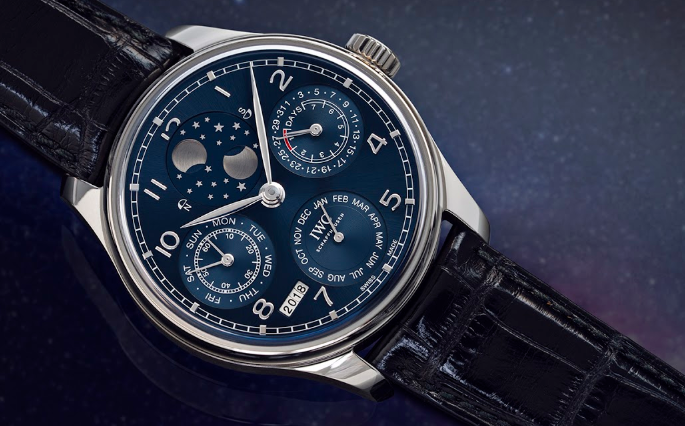 The lunar functions were particularly intriguing. Beyond counting a 19-year lunar cycle, one crank of a lever rotates a small ball that displays the phases of the moon. While today’s moonphase watches are more sophisticated, they follow the same principle the Greeks discovered more than two centuries ago.

How Do Today’s Moonphase Watches Work?

Basically a moonphase watch shows you a representation of how the moon looks in the sky on any given night. To do this, a gear with 59 teeth drives a metal finger that connects to the movement for the hour hand, clicking it forward one notch each day. This 24-hour cycle in turn tracks the 29.53 day lunar cycle. Given that the lunar cycle isn’t an exact 29.5 days, lunar watches will need to be adjusted, but the slight difference only needs to be corrected about every two-and-a-half years. Without adjustment, it’ll be off by about a day.

If that sounds tough, there are some higher-end complications that use a 135-tooth gear to achieve even more accuracy. And they seriously up the precision, losing just one day every 122 years. So most of us won’t live long enough to need to make that adjustment!

How is the Moon Represented?

Two ways. The first, and more common, type of moonphase watch is a “bosom.” This is arguably the more romantic of the two, displaying the moon as a graphic representation, using a crescent-shaped aperture to show the moon how it physically appears in the sky. The second type is a radial, which uses a hand on the watch to point to numbers on an outer ring much in the same way a bezel is used for calculations on a chronograph. 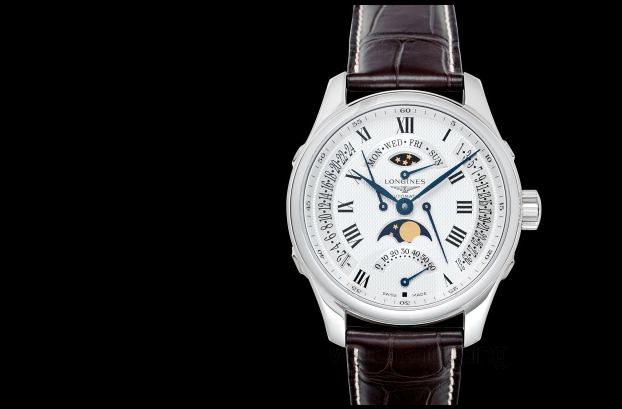 Why Would You Want a Moonphase Watch?

Because they’re awesome. And by that we mean in the true sense of the word. The moon has inspired awe since the dawn of time itself, spawning a near endless series of myths and tales of its greatness, usually portrayed as a maternal being. Again it was the Greeks who gave us the moon goddess, Selene, the sister of Helios, the sun god. The Romans came along and named her Luna, a name that’s stuck to this day.

Wearing a moonphase watch is an undeniable connection to that ancient history, a recognition that the natural world around us may be more than just the movement of rocks in space. There is art, poetry and the lineage of human history in the moon that has looked down on humanity for all of its existence. With the force to sway oceans and control their tides, it’s been said the moon has the power to enchant, entice and drive people into crazed raving “lunatics.”

Jaeger LeCoultre truly captures celestial majesty in an understated way. As its name suggests, it’s a slender watch that oozes cosmopolitan style. A wonderful model in the line has a face of deep blue, echoing the night sky but without being too “on the nose” with a field of stars. The moonphase display shows both radial and bosom indicators, the latter in basic blue and yellow that stays in line with the simple elegance of the timepiece.

This one is more for those who want their moonphase complication as more of an add-on feature. This Omega looks and functions like their standard choreographs in every way, from the usual subdials at the three o’clock and nine o’clock positions to a traditional bezel. But at the six o’clock position there’s a gorgeous moonphase indicator. It features a realistic representation of the moon, valleys and all, moving across a glittery starfield. Bonus, George Clooney wears one!

It is Speedy Tuesday! Back On Stage: The Omega Speedmaster Platinum Moonphase Master Chronometer (?? link in bio ??) #SpeedyTuesday

Patek Philippe goes all out with a total lunar theme. The face features a field of star-dusted nighttime sky. It has a small moon on display as it appears in the sky on any particular eve. But it gets way more complicated than that. The watch actually charts the moon’s orbit. It tracks the celestial body as it passes through latitudes, shown on the watch face in an elliptical dubbed a “planisphere.”

Are you sold? Are you ready to start tracking the moon on your wrist? Want to carry a little sprinkle of that stardust magic everywhere you go? If so, why not pick up a moonphase watch today?