Who knew that wearing a watch that resembled a cockpit instrument would be one of the coolest things to wear on your wrist? Apparently, Swiss company Bell and Ross watches did when it first opened up in 1992.

Bell & Ross is a Swiss watch company that was founded by Carlos Rosillo and Bruno Belamich in 1992. Before they opened up for business, Bell & Ross began as a university project. Bell & Ross are renowned for developing aviator, diving and military-influenced watches.

The team boasts a collection of space control and aircraft specialists and designers to create watches suited for professional use. Bell & Ross’ goal was to be part of the Swatch Group portfolio while also ensuring their products are fail-tested in extreme conditions. 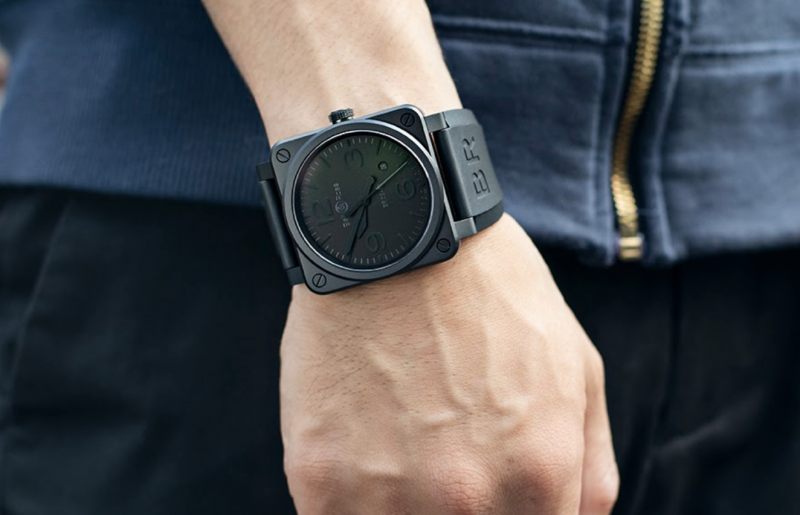 A Bell and Ross watch is tested for any reactions to chemicals, UV radiation, pressure and shock before sold in markets. Both Bell and Ross continue to manufacture watches along with Sinn until their eventual split in 2002. Today, they manage their own independent production in La Chaux-de-Fonds, Switzerland.

We’ve prepared this article and listed some of the best Bell & Ross watches that offer the perfect marriage of function and form:

First up on our list is this beautifully dashing BR03-94 Blue Steel from the Instruments line-up. It comes with a comfortable stainless-steel case that measures 42 mm in diameter. Its sturdy and luxurious blue ultra-resistant aesthetic fabric and blue calfskin material allow it to withstand various natural elements. 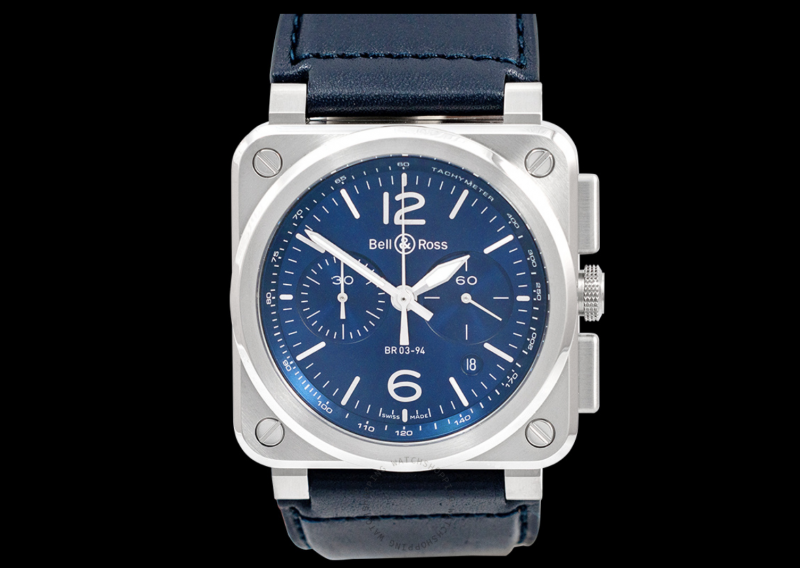 Besides its good looks, the blue dial teachers a central chromatograph, a tachymeter scale, and a 30-minute timer, it’s 100 m-water-resistance is ideal for light water activities and daily use.

This model is powered by the brand’s signature caliber Ref. BR301 movement.  It’s self-winding caliber beats at 28800vph and offers a 42-hour power reserve when completely wound up.

The BR 03-92 Bi-Compass is the latest iteration of its aircraft–based cockpit timepiece. Every instrument that you see on this watch is a reference in regard to legibility, precision, performance, and reliability. Because of how closely it resembles those navigational tools, Bell & Ross offer a magnificent alternative to the conventional method of time telling. 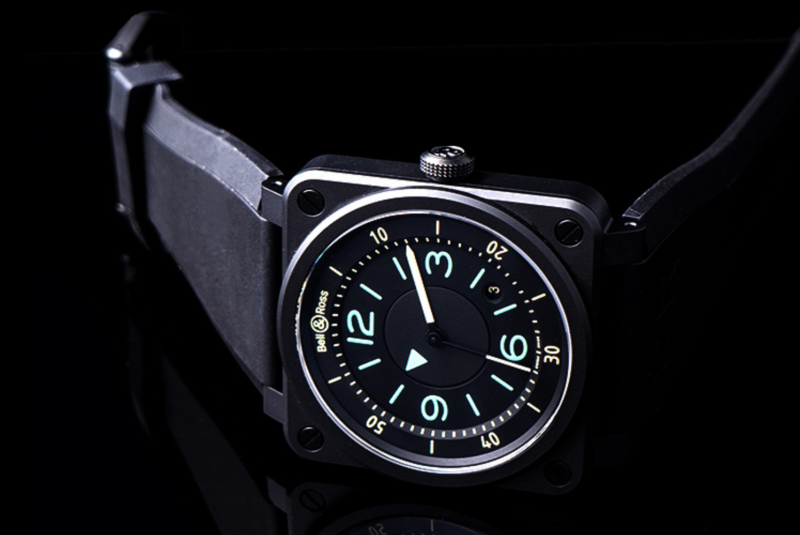 The dial is arranged as three concentric circles. The innermost circle is a rotating hour disc that features a triangular pointer that’s been colored in sea-foam luminous paint. The pointer on the Arabic numerals as well as indices that is in the middle zone tells the hour. The outermost circle, that is elevated due to a steep rehaut, features indices and numerals for minutes, which can be told by a central minute’s hand.

The color scheme of the Bi-Compass resembles that of the U.S. Navy avionic instruments, is powered by the automatic BR–CAL.302 with a 38-power reserve and encased in a 42 mm matte black ceramic case.

Unlike the other Bell and Ross watches, the BR V2-92 isn’t designed based on any cockpit instrumentation. Instead, this watch is influenced by a number of other conventional watch categories. This model has the bezel of a dive watch, a Desert Shield-like personality, and the face of a field watch. 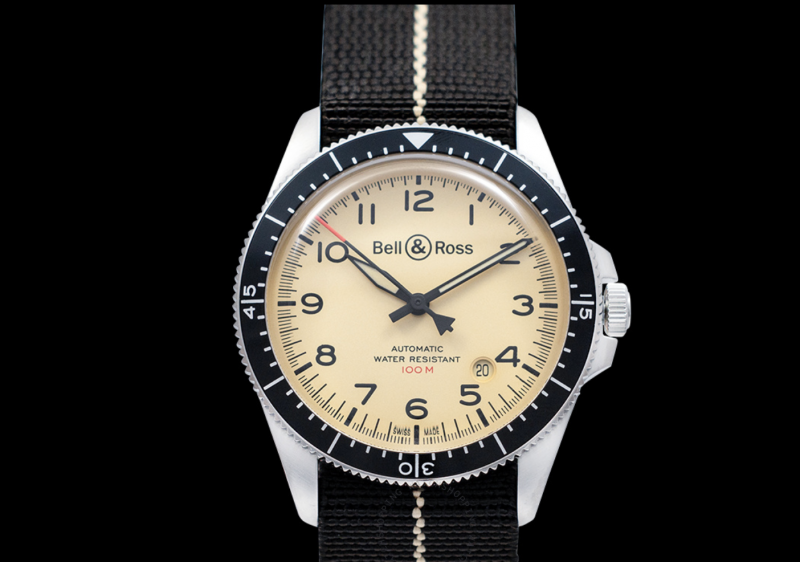 What’s fascinating about the BR V2-92 is that it borrows all those elements from other watches while being encased in a thin case. There’s a 12 mm thickness that the domed crystal brings, but the thin case makes it very wearable.

The model includes a bracelet in which the center links that are finely polished.  It also features a Marine Nationale-esque elastic canvas strap and a signature branded strap that comes with a desert tan–accented black paracord.

Being faithful to the brand’s four characteristics that we discussed earlier, the BR05 boasts an absolutely urban feel and look. The construction of this model now transcends the long-going square-shape to that of a circle.

The Bell and Ross watches BR05 borrows some of its predecessors’ elements. Some of these elements include the same numeral typeface, the four screws, and the same square-framed round dial. Only this time, rounded–corner square is the bezel instead of the case body itself.

This watch comes in three different steel versions, including Grey Steel, Blue, and Black. Its movement is the caliber BR–CAL.321, with the base caliber Sellita SW-300.

For all those years that Bell and Ross watches have been marketed for military professionals, meet the latest edition, the BR 03-92 MA-1. This model is a simplified rendition of the brand’s purest pilot watch. It even features subtle details that pay tribute to the 1958 MA-1/ ‘bomber’ of the U.S. Air Force.

The watch’s distinctive 42 mm square case along with its bezel complement the bomber jacket’s khaki color. The case is also made out of a lightweight, scratch-proof ceramic. In spite of looking solid, the ceramic’s surface is extremely pleasant, smooth and cool to the skin. 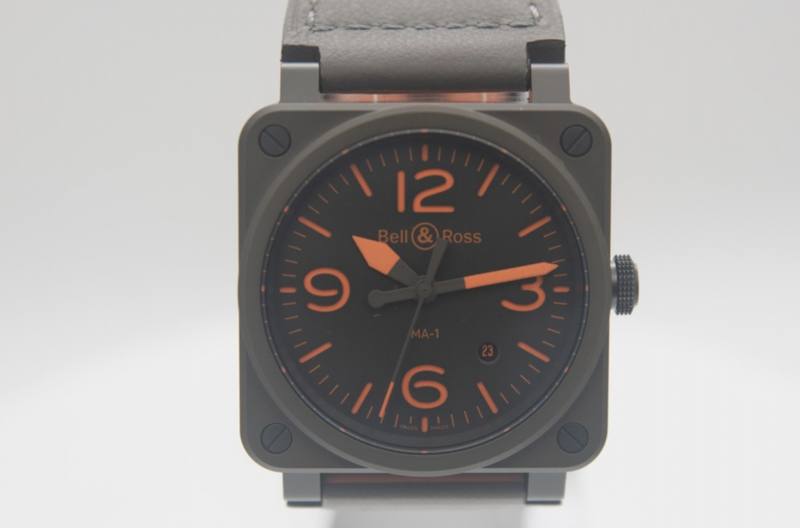 The latest addition to the Bell & Ross camouflage watches is the BR03-92 Black Camo. The brand decided to go with something unique like an original military-based tri-color coating.

It follows in the footsteps of the 2007 Phantom concept and the 2009 Commando collection. These aeronautical-instrumentation inspired watches made way for a new territory for the brand. 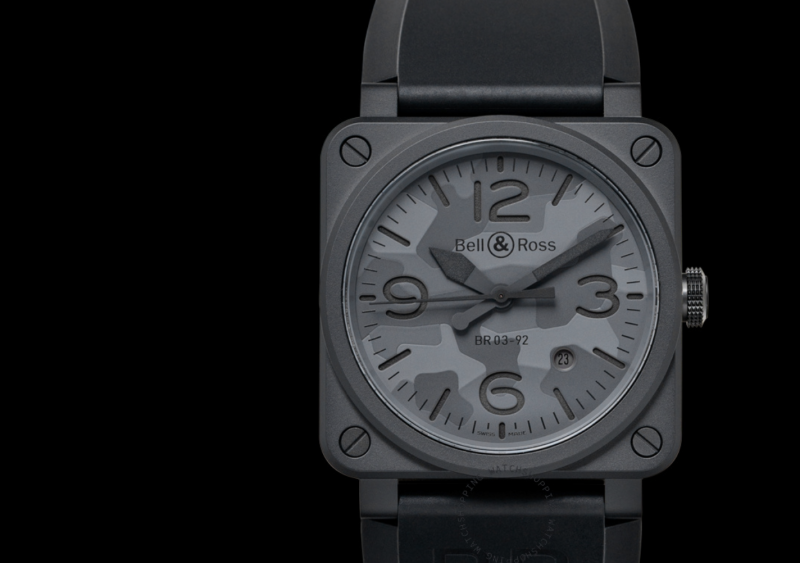 The Black Camo features the same technical features as the other br03 watches. The display is easy to read both night and day thanks to the photo-luminescent-coating in its indices, numerals, and hands.