What You Need to Know About the Omega Constellation Collection For more than half a century Omega Constellation watches have reigned as esteemed symbols of refinement and style. Whether its stainless steel, yellow gold or diamond-encrusted pieces, Constellations enjoy a rare and privileged place in the watch pantheon as some of the world’s most-coveted timepieces. Beloved by collectors, these impeccable watches are lovingly referred to as “Connies.” 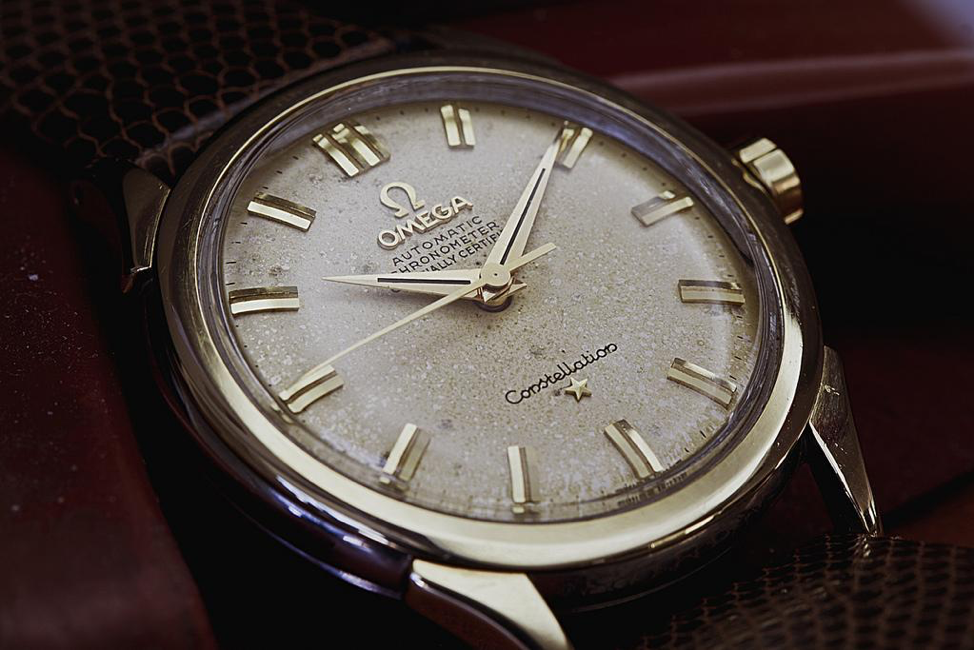 Omega’s first mass-produced chronometers, the collection dates back to 1952 when the line debuted. It was named after World War II when the planes with pressurized cabins would soon help make commercial aviation more accessible. And also usher in the golden jet age of globe-hopping travel. In fact, it was originally called the “Globemaster” in the United States. But Omega had a conflict with airplane manufacturer Douglas Aircraft, who had a trademark on the same name for their planes. 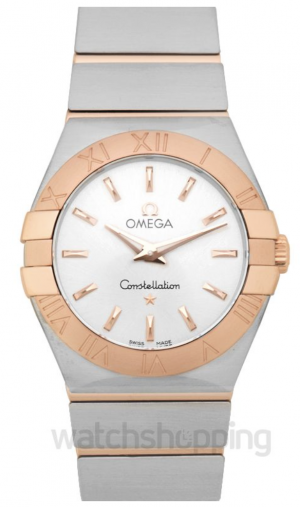 So Omega went with “Constellation” in 1956, but brought back the name Globemaster with a bow at Baselworld in 2015.

In 1982 the line got a historic revamping with the introduction of claws that secure the sapphire crystal. These have remained an iconic feature of the watches to this day and most of the modern Constellations harken back to the 1982 models. Another redesign came in 1995 when Cindy Crawford first signed on an ambassador. In that year we saw the debut of dauphine hands. Today you can get the watch in over 100 references, with seven dial options such as a gold champagne dial with embossed silk and a mother-of-pearl option, plus a varied combination of case colors.

It Has Got Serious Star Power

Last fall Omega launched a new series in the line and international stars showed up to celebrate. Among the Omega ambassadors were Nicole Kidman, models Crawford and Alessandra Ambrosio and Chinese actress Liu Shishi (the watches are wildly popular in Asia!). These luminaries follow a long line of notables who have sported Omega Constellations. Ringo Star often had an Omega Constellation on his wrist when he performed with the Beatles. Elvis Presley sported a pricey Omega Constellation when he served in the U.S. Army.

#OMEGAConstellation “A watch empowers you. It gives you confidence. Women love accessories and this is the best one.” – @AlessandraAmbrosio on the new Constellation Manhattan. 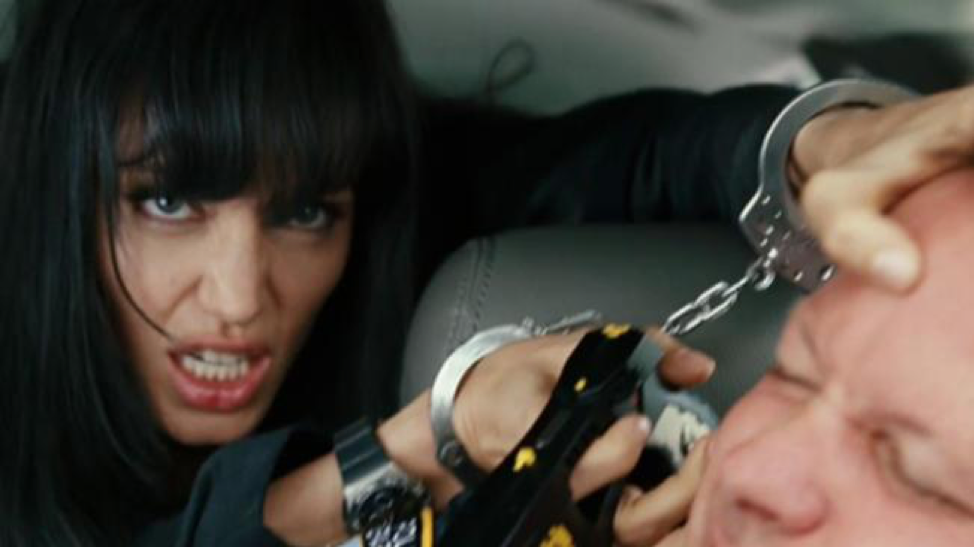 If you’re browsing the Internet for a fine vintage watch, chances are you will come across a bunch of Omega Constellations. With over six decades of production, there’s a lot to choose from. The most famous ones are likely the “pie-pan” watches, nicknamed so because of the shapes of their dials. First made in the early 1960s, pie-pan pieces include the much-sought-after Omega Constellation Ref. 14381 which has Caliber 551 movement and makes for a great formal presentation. The last pan-pie pieces were made for the Japanese market in 1974. 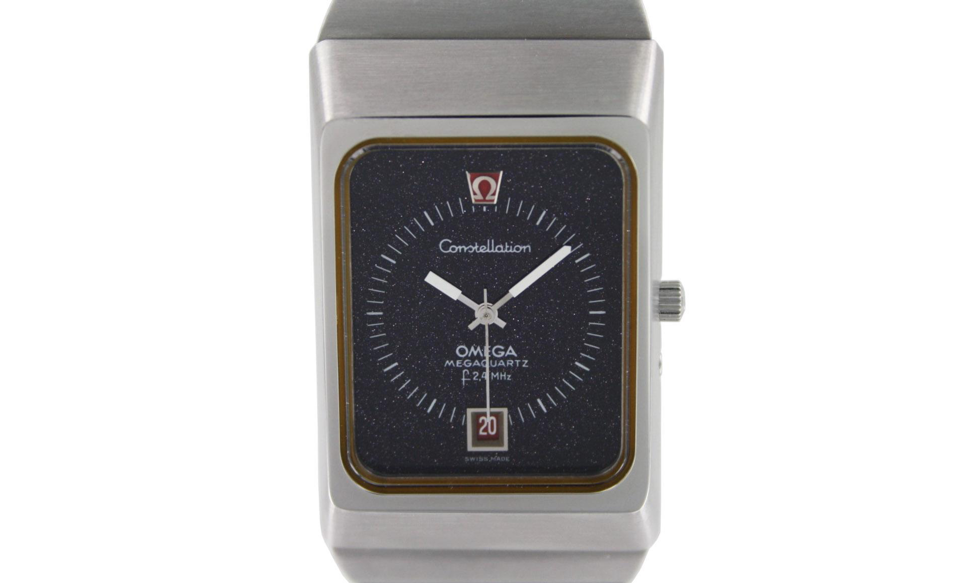 The Omega Constellation Calendar Ref. 2943 is a rare find, featuring a striking black dial and copper-colored movement. For something funky from the 70s, you can look for a Marine Stardust, a square stainless-steel model with an aventurine quartz dial that would look right at home in the first Star Wars movie. But the most-coveted vintage Constellation is probably the Grande Luxe. Made in the 1950s, the diamond-shaped hour markers and brick-style bracelet is a highlight piece in the line.

Some high-end watch lines focus on timepieces for men and the options for women seem almost like an afterthought. That’s not so with the Omega Constellation series. It wasn’t always the case. For the first few decades, the Constellations leaned to the masculine side. But that changed in 1982 with the debut of the Constellation Manhattan for both men and women. The updates we’ve seen over the years include beveled edges that give the watch a sleeker design, more slender bezels, and half-moon shaped crown teeth. Most have the trademark star at the six o’clock position that makes the faces of these Constellations instantly recognizable. 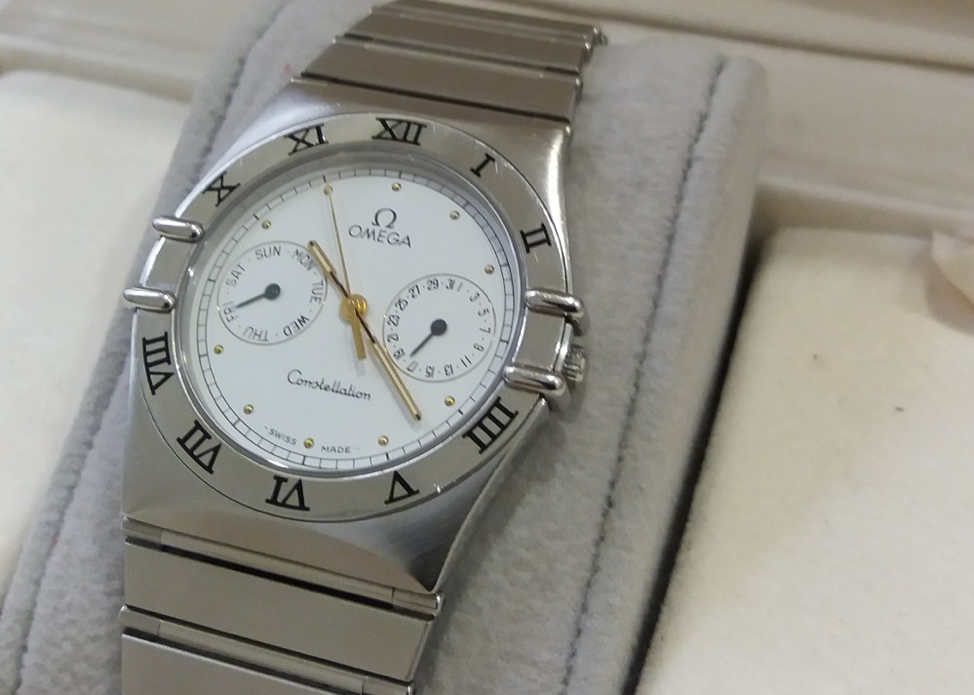 Be Sure to Check out the Back

The watch has an iconic touch that fills collectors with glee. It’s a representation of the Geneva Observatory under a field of stars is embossed on the case rear. It’s not just for decoration. Dealers use the logo to determine the wear of a watch and to make sure it hasn’t been over-polished. If the stars aren’t worn down, the watch is likely a good find.

As collectors and aficionados know, an Omega Constellation isn’t merely a watch. To wear one means you’re taking part in a time-honored tradition of appreciating upscale elegance and sophisticated design.