An Introduction to Mido Watches Have you heard of Mido watches? If you haven’t, you’re not alone. Even though the Swiss watchmakers have a long history that began at the watchmaking center of the world, they’re often overlooked. Especially in the United States. Well, let’s do our part to change that and introduce you to Mido watches.

It Started Over a Century Ago

Founded in Biel/Bienne, Switzerland in 1918, Mido debuted with unique colorful dials that embodied the Art Deco style that was all the rage in Paris at the time. The automobile came into vogue in the 1930s and Mido was right there with designs that embraced high-end car culture. When the 20th century took flight in masse in the 1940s, Mido shifted to aviation and produced innovative chronographs. Spanish for “I measure,” Mido has always prided itself on precision.

As the desire for dive watches surged in the 1960s, Mido dove in with its iconic water-resistant single shell case on the Mido Ocean Star. The seafaring tradition continues to this day with their Commander collection. In the 80s Mido got sporty, with tennis legend Björn Borg as their brand ambassador, and in the 90s they got global with the World timer, a groundbreaking analog watch that tracks time zones across the planet. And during the 21st century? Well, they’ve continued to produce luxury watches in all of the areas they’ve mastered over the decades.

The Mido Collections: An Overview

With over a century of heritage, it’s hard to narrow them down. But let’s look at some of the most popular, and most beloved, Midos on the market today.

Drawing design inspiration from the Sydney Harbour Bridge, the Multifort Collection comes under the banner “force and strength.” With scalloped lugs and rounded crowns, Multifort offerings also take design cues from Mido’s timepieces of the 1930s and 40s. The vintage homage is most notable in the Multifort Patrimony, offering mid-20th-century aesthetics in a round 40mm case. And a curious function from another century. On the edge of the dial, you’ll find a pulsometer scale. While nearly unheard of today, these stopwatch-like functions were once commonly used by doctors to take pulses. 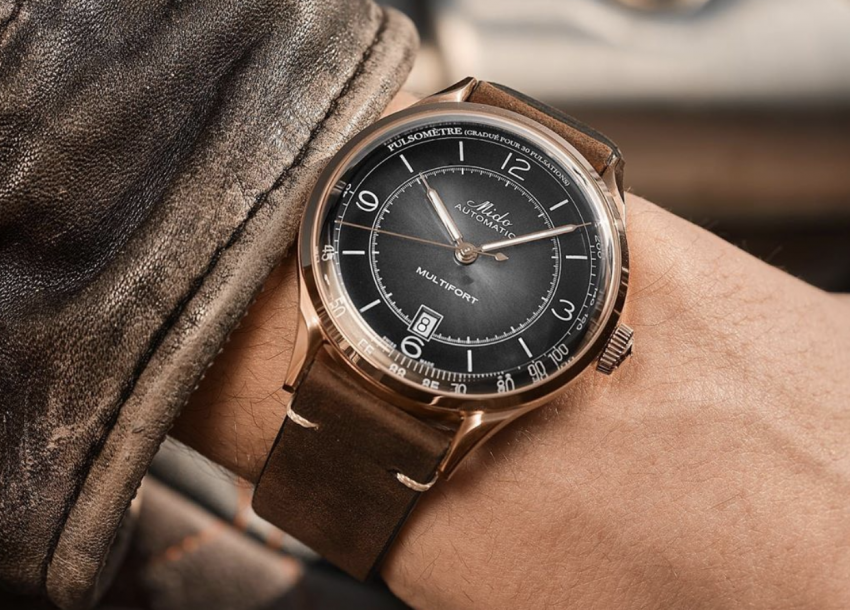 Housing some of the most elegant timepieces Mido has to offer, the Baroncelli Collection goes for sophistication with Baroque neoclassical leanings that draw inspiration from the landmark Galleria Vittorio Emanuel II building in Milan, Italy. Timepieces in this line that debuted in 2016 are made with an eye on both male and female watch lovers.

Some models in the Baroncelli Collection go full-on classical, such as the Reference M86002218 with angular rose-gold hands, distinctive Roman numerals, and a slim round case that looks exquisite on a fine brown alligator strap. Others opt for more minimalist designs, like the Baroncelli III Automatic with slim silver-tone hands, and the bare minimum of index and hour markers on the snow-white face. On a black leather strap, it presents the epitome of monochrome sophistication. 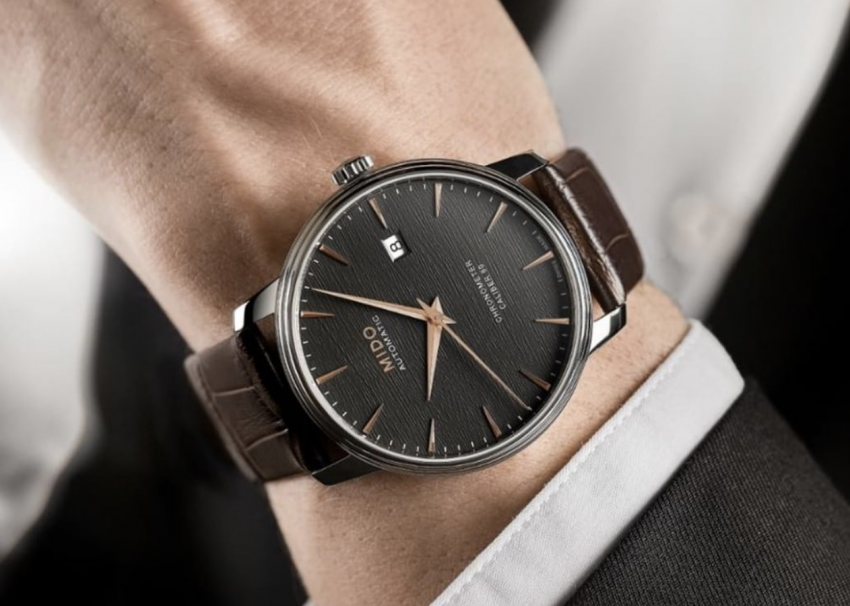 Created in 1959, and originally part of the Ocean Star series, the Commander Collection hasn’t seen drastic design changes in the ensuing decades. The timepieces in this collection still draw inspiration from the Eiffel Tower.

Though we still see lots of variation in the collection. For simple elegance look to the Commander II Automatic Silver Dial, with a silver dial enclosed in a round stainless steel case that meets a silver metal wristband. We contrast that minimalist offering with the Commander Automatic chronograph, with three subdials on its silver face. The stainless steel case is plated with rose-gold, making the watch wear well with a black alligator strap. 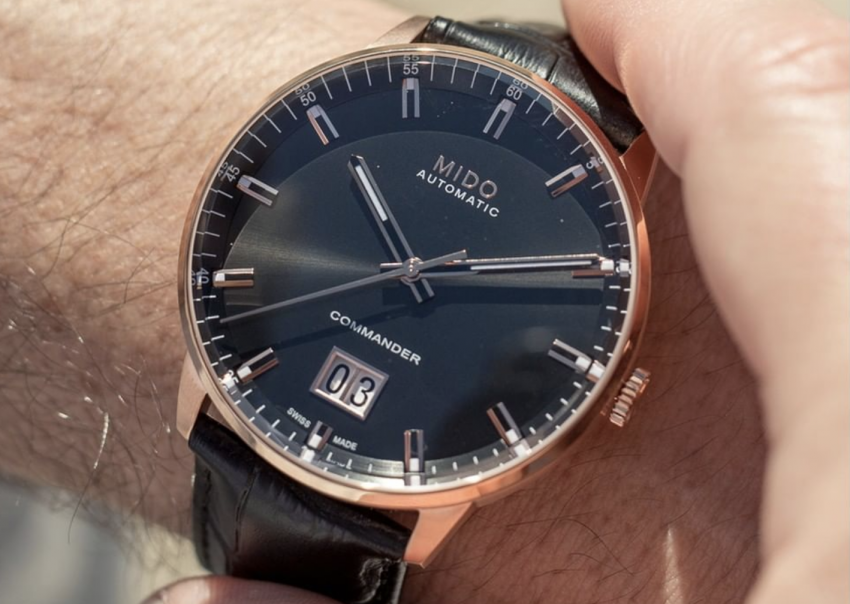 Notable entries under the Belluna banner are the Sunray models. As you may have guessed, they feature sunray dials. They also feature Caliber 80 automatic movement with up to 80 hours of reserve power. As they’re dress watches with classic looks, put a Sunray on a black or brown leather strap and you’re ready for an elegant night of culture with London’s finest. 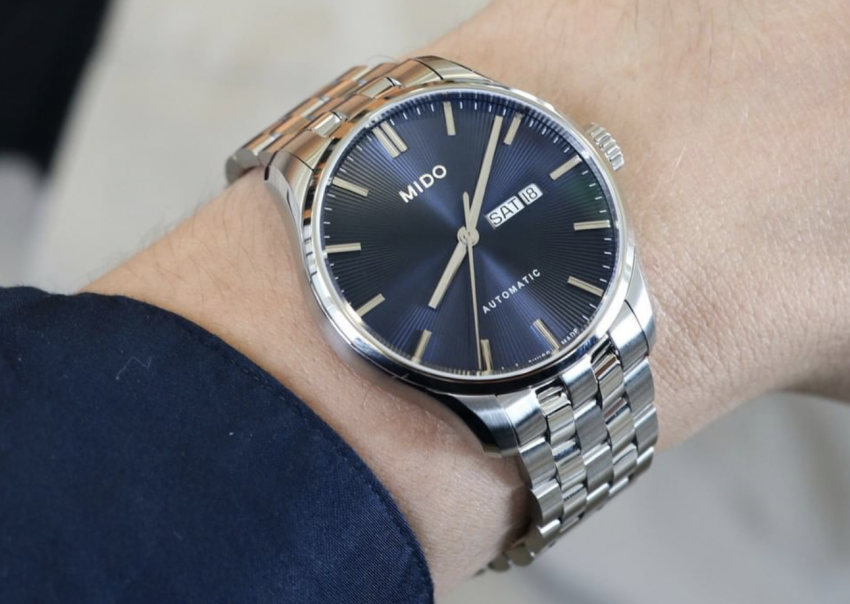 When Mido looked for design cues for the Ocean Star Collection, they followed a beacon of light to the Gibraltar Lighthouse and created a line that captures the seafaring spirit.

At the esteemed head of that spirit is the Ocean Star Captain. It is impeccable in black and gold, with rose-gold hands and hour markers over an analog black dial. With a screw-down crown, it’s water-resistant up to 200 meters. It has a mix of elegance and rugged assuredness on a sturdy rubber strap. The Ocean Star Captain V finds a better fit with a stainless steel link bracelet. 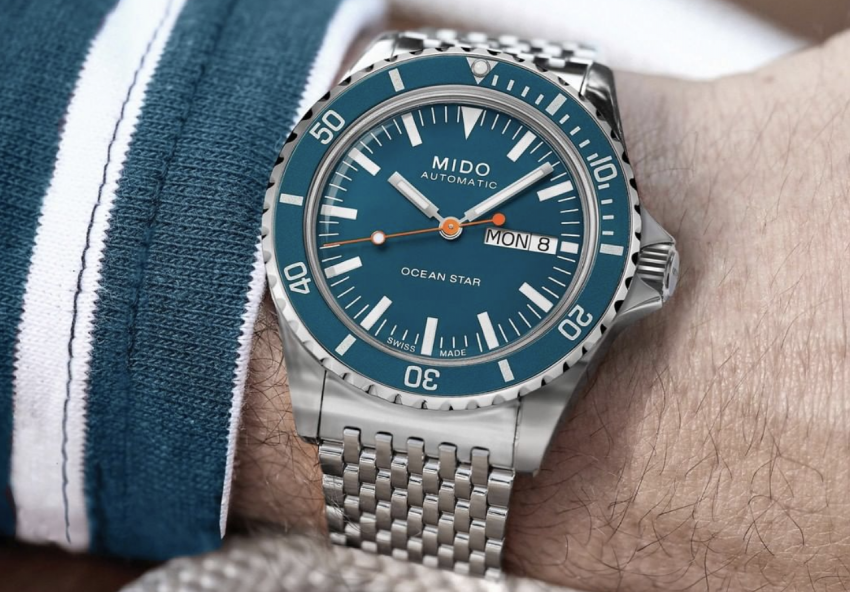 Maybe not all of this was new to you. Maybe you own a Mido and are well versed in their history and heritage. But for many more of us, we have over a century’s worth of catching up to do when it comes to Mido watches.

Everything You Need to Know About Seiko 5 Watches
0 Mar 11, 2019 Charles Miller
Gallery