Hamilton watches, despite being born in the U.S (1892) then converted to Swiss is now on the level of most Swiss watchmakers. It depends on you whether or not, you like their style of material-usage. With that point made, even if you’re a little bit interested in the brand, then these are some questions we think you’ll have! If not, you’ll at least like the answers to all of them, since they should help you decide if Hamilton watches are for you or not.

What is Hamilton most popular for?

If you mean over the years, Hamilton has actually made history though they’re a bit muted. For one, Hamilton is the timekeeper of the high-octane Red Bull Air Race World Championship! This, in a way, makes them a partner of an event that heavily focuses on speed and precision, so thus needs something with an extra kick.

Following that, another one of Hamilton’s achievements is becoming a favorite of the sports teams of the U.S. Air Force Academy. In places like Spain, the brand has already caught the attention of different aviation sectors. Now, with the part of giving you a reason to consider the brand is done, let’s talk about the traits of their Aviation line.

Why do people love their Aviation collection?

Exactly 100 years ago today, Hamilton timed the first US Airmail service flight. It was the start of our long history in aviation. Fast forward to 2018 and the new Khaki Pilot Day Date. It features Super-LumiNova® indexes and numerals for accurate reading even during night flights #hamiltonwatch

Provided you like this kind of theme, a functional side to the brand’s history exists. It’s easy enough, so try looking into this collection and you’ll notice that watches under this line have sweet features. Watches usually have the ability to log up to 20 flights, come equipped with enough tech to set 2 zones, and then, they are fit as calculators for quantities like drift angle, landing speed, and fuel requirements.

Which Hamilton watch should you buy?

While Hamilton make watches covering different tastes and style, we think it all boils down to one thing. They make watches, as we mentioned above, people that are on the move constantly (adventure and physical type). If you’re not such type, it would be much better to take your cash elsewhere, to another brand. But if you’re here for that, then there are 3 watch categories you’ll find with Hamilton. They are Aviation, Jazzmaster, American Classic, Broadway, Navy, Field (used a lot in 2017 if you can remember). 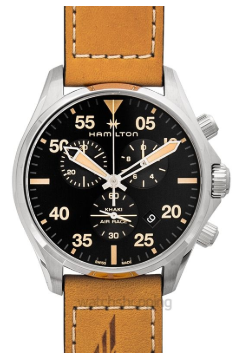 Watches under the Aviation lineup are perfect for people who visit different time zones. Still, that kind of functionality comes at a cost in variations that carry the most features. That is, they are somewhat bulky, and Hamilton’s style clearly leans to the functional side of things. If you want watches that are sleek and still as functional, Breitling is the brand to go for. Albeit, in that case, the price takes a hike. 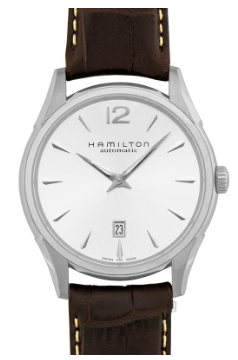 Watches here are more fit for the working-class individuals. You don’t need to move much and at the same time, you want a watch that’s functional, subtle in making statements, and then budget-friendly. The Jazzmaster Thinline watch is a good piece here. Its use of different band colors makes it creative enough to create different levels of “playful” and “serious.” 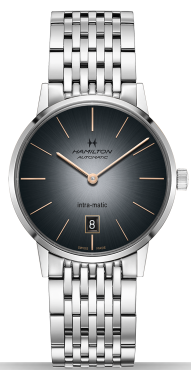 While Jazzmaster watches neglect aesthetic appeal for performance, the American Classic category is more or less Hamilton’s attempt at a statement watch. If you have a lifestyle that involves plenty of dinners, formal and informal meetings fit for this specific style, this is a good place to look. 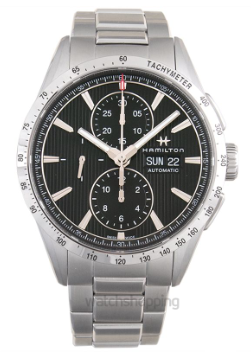 For people who love watches with a sporty build, the Broadway timepieces are good choices to consider. Evidence of this is the reasonable amount of power (hours) crammed into the different movements used. 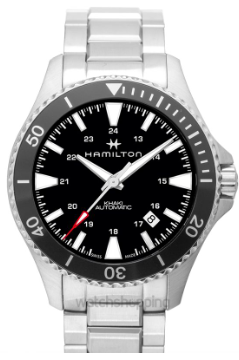 Hamilton wouldn’t be a watch brand with worthy services if there wasn’t a collection full of dive watches. While definitely not as esteemed as the Rolex Submarine, the Khaki Scuba Auto is still an option to check out. Check out the water-resistance rating before you pick it though. 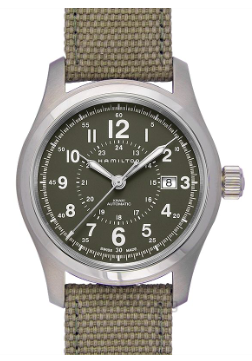 The Field watches are strictly for the rugged kind of people. In other words, you’ve got the classical military style going for you. The words that best describe this are bold, functional, and resilient.

Which type of movement do Hamilton watches favor?

Hamilton’s tight relationship with the U.S was kickstarted because of their innovations. With the Ventura, they became the first watchmaker in the world to create a timepiece that runs on a battery (quartz). This was as early as the 1950s, so even their choice in quartz movements was already good. Now, their association with the Swatch gives them the chance to use high-quality automatic movements in their new lines.

Combine all of this together, and you’re left with the fact that Hamilton appear fully capable when it comes to both quartz and automatic watches. For the latter especially, the entirety of their collections has been updated with some of the best Swiss ETA movements available.

Hamilton is not a top-tier watch manufacturer despite making a Ventura that graced the Elvis Presley’s wrist. Even by the opinions of different people, it still doesn’t make it into that space. Instead, most people will agree that they’re mid-tier in a way that’s similar to what Seiko does.

Hamilton watches are functional, trustworthy and diverse for different tastes. Hamilton watches come with a great build quality and design. Definitely a great option for anyone looking for performance that will not break the bank!

Closer Look at the Chopard Mille Miglia
May 1, 2020 William McCleary