Chopard watches is one of the world-renowned Swiss luxury watch brands. With a rich history and a client list that famously boasts Royals, it is one timeless watch brand that knows class and sophistication. It is also one of the oldest watch brands, dating back to 1860. Ever since its inception, it has satisfied its clientele, both male and female, with its high-quality and reliability.

A Brief Background of Chopard Watches

Chopard was founded by Louie-Ulysse Chopard. He conquered Switzerland and the rest of the world with his amazing skills at just the age of twenty-four. He created works of art using innovation, skill, and great technique. After his death in 1915, Paul, his son, then took over the reins of the company. Paul moved the company headquarters to Geneva in 1937, where they still reside today.

The modern-day owners, the Scheufele family, became the owners after Louis’s grandson Paul-Andre sold the company due to a reduction in profit and labor in post-war years

Now, bringing their latest collection to the world, featuring refined, chic, sporty timepieces that are definitely the talk of the town, Chopard gives us: The Alpine Eagle Collection.

As officially defined by Chopard, the Alpine Collection can be summed as: 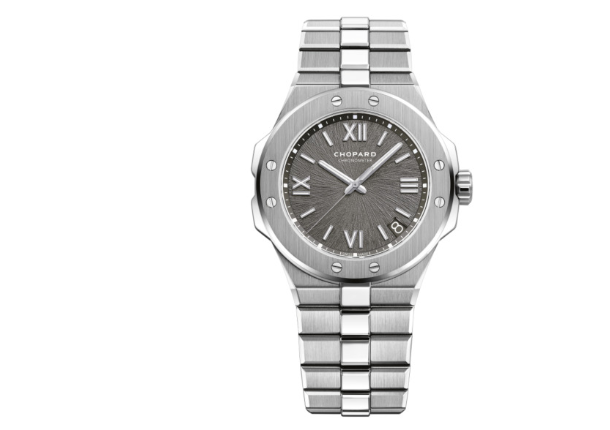 This is the first collection that Chopard has released in years. The name and aesthetic of this collection are inspired both by the eagles soaring over the Alps, and is also a modern take on their St. Moritz collection from the 1980s, which was the first collection designed by Karl-Friedrich Scheufele, the now co-president of Chopard, who at that time, was just a 22-year-old executive starting his role in the family business.

This reinterpretation has been inspired by his son, Karl-Fritz, who encouraged his father to take the leap, and this latest collection is once again personally designed by the co-president himself.

The watches have been manufactured using completely new materials, which include a new alloy of stainless steel known as Lucent Steel A223, which is a highly refined version of the one used by other luxury watch brands, such as Rolex, Patek Phillipe, Omega, etc. It has been invented by an Austrian Foundry, Voestalpine, and has taken four years to perfect. Going through the process of smelting twice makes sure that it retains fewer impurities. And that same process gives formation to a crystal-like layer, which makes it fifty percent harder than normal stainless steel. It’s scratch-resistant, lighter in weight, able to reflect light, and harder (223 Vickers strength). Lastly, it’s composed of seventy percent recycled steel, which is ten percent more than regular stainless steel. 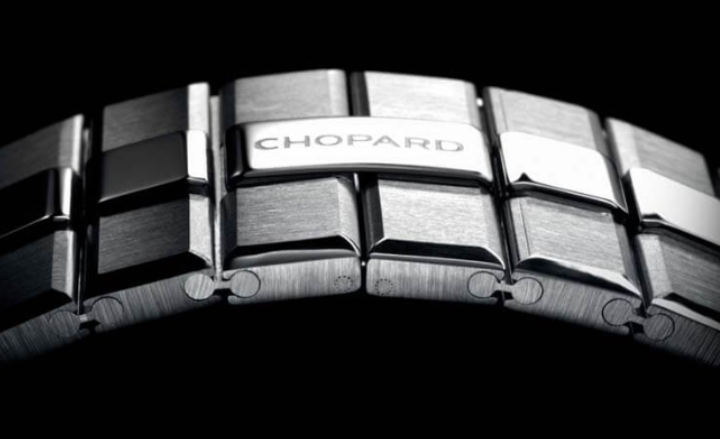 They also use gold in the manufacturing process, all of which is fairly mined, as Chopard watches has long stood for ethical gold mining.

The collection also features an ‘Eagle Iris’ dial, which is inspired by the golden eagle that soars over the Alps, along with other aesthetic touches such as a textured finish on the case, which gives the effect of the sun rays falling on icy mountain tops.

As stated above, the collection has been inspired by the St. Moritz Collection from the 1980s. The watches of this collection were highly recognizable because of the eight exposed screw heads. The Alpine Eagle collection pays a sort of homage to that look by adding eight screws to the bezel at all the cardinal points. 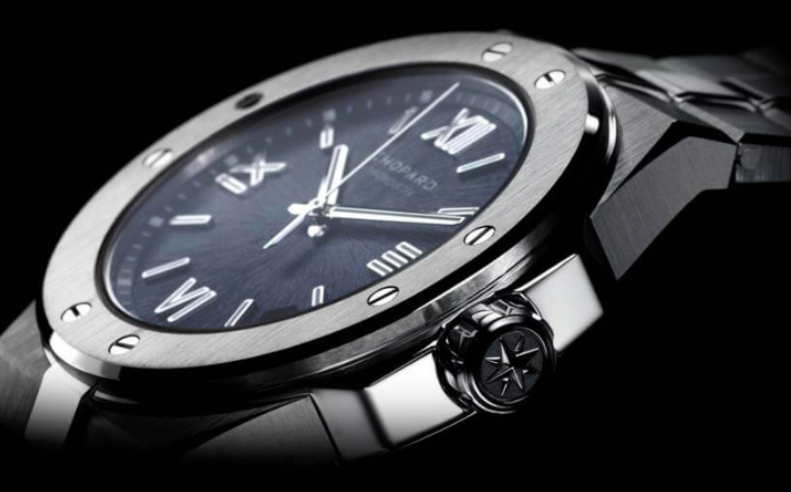 Another renowned feature of the collection is the use of the Chopard manufactured 01.01-C and 09.01-C automatic chronometers. They are used in the two versions of the watches that have been launched: the 41mm and the 36mm. Both of the versions consist of male and female appropriate watches, with power reserves of 60 hours and 42 hours, respectively.

The 41mm is 9.7mm in length from top to bottom with a frequency of 25,200-vph. It has a thickness of 4.95mm, which is a pretty thin and lightweight watch in comparison to other brands. It comes in three references, two of which are all Lucent steel, one with a blue dial and one with a grey dial. And the third one is a two-tone Lucent steel with the addition of eighteen carats Rose Gold. 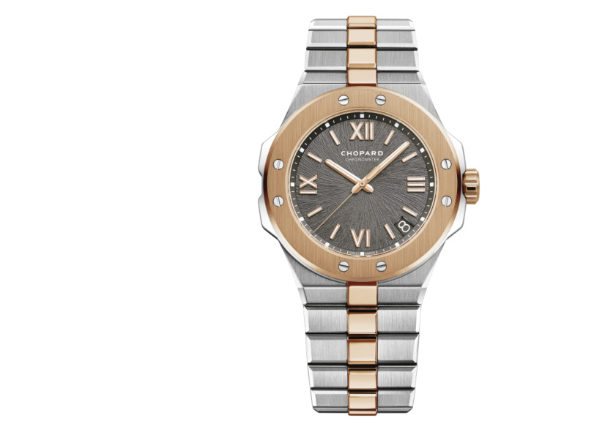 The 36mm has all the same features of the 41mm, but with a slightly reduced power reserve. It comes in seven references, each with a different price range.

Along with the release of his watch collection, Chopard watches’ co-president Karl-Friedrich Scheufele has announced the start of his wildlife conservation foundation, The Eagle Wings. It’s a new environmental initiative taken by the nature-loving man. In the words of the company, this foundation wishes to:

“Raise awareness and galvanize the public with respect to the importance, beauty, and fragility of Alpine biotopes.”

Their first project is the Alpine Eagle Race. In which they will use eagles mounted with cameras to take pictures of the tops of the mountains. It starts this month from five Alpine peaks and will end in St. Moritz.