Let’s start by explaining what tactical watches are. While the word “tactical” gives you a good idea, it might be useful to understand which characteristics define this category of timepieces.

1. Shock Resistant – Your tactical watch should be able to fall from height or hit an object without being damaged.

2. Water Resistant – You should be able to take your watch into water without it losing function.

3. Generally Tough – Tactical watches can stand up to the elements and should last you for many years.

4. Highly Useful – Most of them also have useful functions and complications, like chronographs.

Now, let’s get into the list. The following choices are all excellent tactical watches, and each of them would make for an awesome wrist companion. 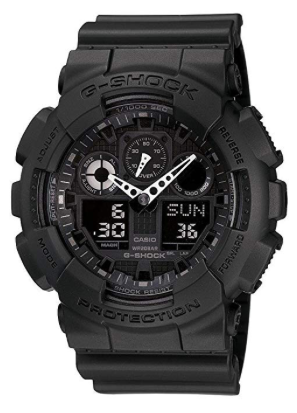 The Casio G-Shock collection has a legendary status in the watch world. The reason is that these bulky products are insanely tough. You can take them in deep water, drop them, or beat them up in 100 different ways. No matter what, they’ll keep on ticking. In fact, part of the creation of the first G-Shock was dropping prototypes out of a four-story window. The military series is an extension of that philosophy, as Casio put special effort into making them as sturdy and useful as possible. If I had to choose just one watch to recommend to you, it would be this one. 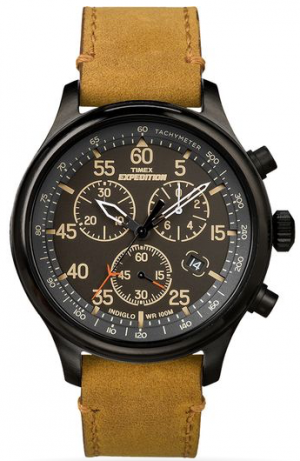 Anytime a watch has “field” in the name, you know you’re getting a tool with a lot of functions. This Timex is no different, as it offers a tachymeter, date, and three sub-dials. You’re also getting your timepiece from a brand that has an excellent reputation. Despite being one of the cheaper options on the market, Timex outperforms many of the more expensive names above it. This watch also looks great, which is something you don’t always get in the tactical niche.

Our second Casio G-Shock is a lot like the first, but it has a few more capabilities that make it even better. 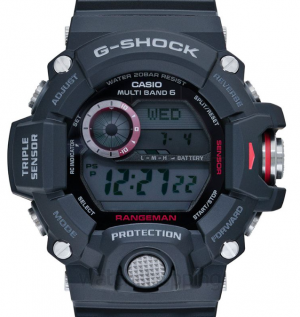 The most significant of them is likely its solar-powered movement. While most Casio watches come with over 5 years of battery power, being able to capture energy from the sun just adds to this Rangeman’s reliability. Lastly, it improves on just about every aspect of typical G-Shocks, making it an excellent pick for those of you who want to spend a bit more to get the best possible product.

If you were choosing just by name, this Garmin Tactix Charlie might be the watch you’d pick. The beauty of it is the fact that it is a smartwatch. That means you get fitness tracking and a variety of other useful functions. My favorite of them is its built-in GPS capabilities, which is crucial for people who like to explore the outdoors. Though this product is much more expensive than any other on this list, it is a great option for people with a bit of money to spend.

[Editor’s note: This product has been discontinued.] 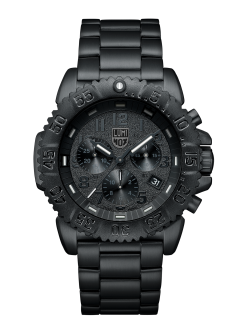 Luminox based to name this Navy Seal Colormark Chrono model after one of the most respected branches of the military, and luckily, they did not disappoint. It is incredibly tough, looks great, and has a few handy functions. Additionally, it has a Swiss quartz engine on the inside. Many of you will not care about the origin of the movement, but for those that do, it is nice to know that it comes from Switzerland. 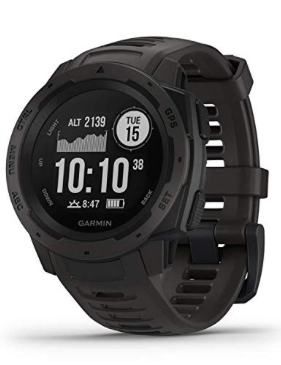 Our second smartwatch on the list is another product from Garmin.

This Garmin Instinct is an excellent piece of machinery that syncs up to your phone, has GPS installed, and is tough enough to survive the outdoors. The one drawback of products like these is their relatively short battery life. While they are fine for day-long adventures, you wouldn’t want to take one out in the wilderness for weeks at a time. 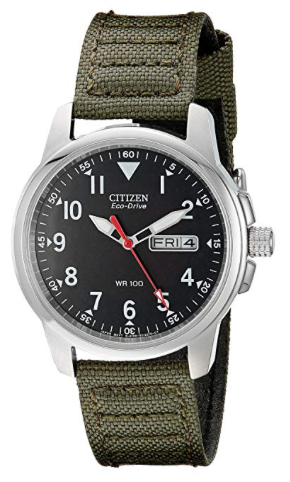 Our final pick is a lot like the Timex Expedition, but with one crucial difference.

It shares a similar aesthetic and a variety of useful complications, while differing in its movement. The primary distinction is the fact that this Citizen watch is solar-powered, which gives it a bit more reliability and appeal.

Whether you’re a camper, rock climber, or military member, you’re probably going to want a watch that fits your lifestyle. Luckily, there are a variety of tactical watches that fit right into the life you live. You can choose one by doing some basic research on each of the models I presented today. Look at the aesthetics, functions, and toughness of each of them. The chances are that you’ll fall in love with one and buy it right away. Regardless of which you choose, good luck, and enjoy your new watch!